Context is probably the most used element in Android application, it may also be the most misused.

Context objects are so common, and get passed around so frequently, it can be easy to create a situation you didn’t intend. Loading resources, launching a new Activity, obtaining a system service, getting internal file paths, and creating views all require a Context (and that’s not even getting started on the full list!) to accomplish the task. What I’d like to do is provide for you some insights on how Context works alongside some tips that will (hopefully) allow you to leverage it more effectively in your applications.

Not all Context instances are created equal. Depending on the Android application component, the Contextyou have access to varies slightly:

Application – is a singleton instance running in your application process. It can be accessed via methods like getApplication() from an Activity or Service, and getApplicationContext() from any other object that inherits from Context. Regardless of where or how it is accessed, you will always receive the same instance from within your process.

Activity/Service – inherit from ContextWrapper which implements the same API, but proxies all of its method calls to a hidden internal Context instance, also known as its base context. Whenever the framework creates a new Activity or Service instance, it also creates a new ContextImpl instance to do all of the heavy lifting that either component will wrap. Each Activity or Service, and their corresponding base context, are unique per-instance.

BroadcastReceiver – is not a Context in and of itself, but the framework passes a Context to it in onReceive() each time a new broadcast event comes in. This instance is a ReceiverRestrictedContext with two main functions disabled; calling registerReceiver() and bindService(). These two functions are not allowed from within an existing BroadcastReceiver.onReceive(). Each time a receiver processes a broadcast, the Contexthanded to it is a new instance.

ContentProvider – is also not a Context but is given one when created that can be accessed via getContext(). If the ContentProvider is running local to the caller (i.e. same application process), then this will actually return the same Application singleton. However, if the two are in separate processes, this will be a newly created instance representing the package the provider is running in.

The first issue we need to address comes from saving a reference to a Context in an object or class that has a lifecycle that extends beyond that of the instance you saved. For example, creating a custom singleton that requires a Context to load resources or access a ContentProvider, and saving a reference to the current Activity or Service in that singleton.

The problem here is we don’t know where that Context came from, and it is not safe to hold a reference to the object if it ends up being an Activity or a Service. This is a problem because a singleton is managed by a single static reference inside the enclosing class. This means that our object, and ALL the other objects referenced by it, will never be garbage collected. If this Context were an Activity, we would effectively hold hostage in memory all the views and other potentially large objects associated with it; creating a leak.

To protect against this, we modify the singleton to always reference the application context:

Now it doesn’t matter where our Context came from, because the reference we are holding is safe. The application context is itself a singleton, so we aren’t leaking anything by creating another static reference to it. Another great example of places where this can crop up is saving references to a Context from inside a running background thread or a pending Handler.

So why can’t we always just reference the application context? Take the middleman out of the equation, as it were, and never have to worry about creating leaks? The answer, as I alluded to in the introduction, is because one Context is not equal to another.

The common actions you can safely take with a given Context object depends on where it came from originally. Below is a table of the common places an application will receive a Context, and in each case what it is useful for:

① An application CAN start an Activity from here, but it requires that a new task be created. This may fit specific use cases, but can create non-standard back stack behaviors in your application and is generally not recommended or considered good practice.

② This is legal, but inflation will be done with the default theme for the system on which you are running, not what’s defined in your application.

③ Allowed if the receiver is null, which is used for obtaining the current value of a sticky broadcast, on Android 4.2 and above.

You can see from looking at the previous table that there are a number of functions the application context is not properly suited to handle; all of them related to working with the UI. In fact, the only implementation equipped to handle all tasks associated with the UI is Activity; the other instances fare pretty much the same in all categories.

The less obvious issue is inflating layouts. If you read my last piece on layout inflation, you already know that it can be a slightly mysterious process with some hidden behaviors; using the right Context is linked to another one of those behaviors. While the framework will not complain and will return a perfectly good view hierarchy from a LayoutInflater created with the application context, the themes and styles from your app will not be considered in the process. This is because Activity is the only Context on which the themes defined in your manifest are actually attached. Any other instance will use the system default theme to inflate your views, leading to a display output you probably didn’t expect.

The Intersection of these Rules

Invariably, someone will arrive at the conclusion that these two rules conflict. There is a case in the application’s current design where a long-term reference must be saved and we must save an Activity because the tasks we want to accomplish include manipulation of the UI. If that is the case, I would urge you to reconsider your design, as this would be a textbook instance of fighting the framework.

The Rule of Thumb

In most cases, use the Context directly available to you from the enclosing component you’re working within. You can safely hold a reference to it as long as that reference does not extend beyond the lifecycle of that component. As soon as you need to save a reference to a Context from an object that lives beyond your Activity or Service, even temporarily, switch that reference you save over to the application context. 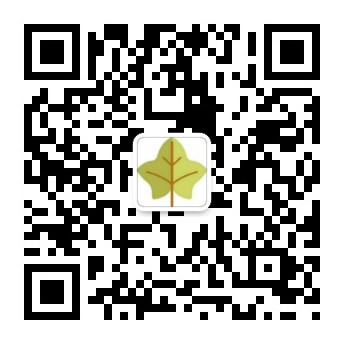